Mental health plays a vital role in a person’s general health. When one’s mental health is not as stable as it is supposed to be, it could have a negative impact on how the person runs their day-to-day activities. It could make them perform poorly at school, fail to report to work, and have deteriorating physical health. However, the lesbian, gay, bisexual, transgender, queer, and questioning (LGBTQ) community goes through these challenges like any other person. Society today is made up of people who are filled with prejudices and judgements toward the LGBTQ community. These opinions make it difficult for LGBTQ members to live peacefully and maintain a sane state of mind.

Members of the LGBTQ family are more likely to fall into depression and have anxiety issues due to the stigma of being part of the LGBTQ community. For example, if one is afraid to come out and be proud of their sexuality, one may find it difficult to survive in society today and choose to remain in the “closet” for a long time.

Depression is a mental health disorder that affects how a person thinks, talks, or behaves. Mostly it is a mood disorder that can highly influence one’s mental health. As a member of the LGBTQ community, you are not always sure where to be ultimately yourself and become who you indeed are due to the constant fear of judgement and discrimination. Being a lesbian, gay, bisexual, transgender, or queer person can make you overthink every situation you find yourself in. For example, if you are a guest somewhere, you might not be sure how to act around new people due to the shame and judgement that comes with accepting you are a member of the LGBTQ. Think back to any experiences you might have had, seen, or heard.

Being in the LGBTQ community changes how you perceive your inner world. It changes how you think and make choices and how you approach certain situations, which can be tiresome and cornering. How people feel about you is sometimes how you end up thinking about yourself. Suppose you have gone through certain situations that caused you to question your gender orientation or sexuality. In that case, you understand that being queer today can poke your self-esteem, self-worth, and confidence. Due to the world having people with so much negativity to give to the members of the LGBTQ community, you might find yourself flawed, unlovable, or unwanted. All these feelings significantly affect your mental health, and you might become depressed over time.

It is normal to feel some anxiety, especially if you have a forthcoming interview, test, or any other big event in your life. However, anxiety disorders are mental health issues characterised by rapid breathing, nervousness (over almost everything), profuse sweating, etc. If one has an anxiety disorder, they are most likely to get through their day with fear and constant worry that doesn’t seem to end. Anxiety affects how one deals with situations during the day, makes one overreact when anything triggers their emotions, and cannot control how one responds to concerns. Generally, anxiety makes it almost impossible to get through the day.

Anxiety is one of the common mental health issues faced by LGBTQ members. Dealing with people constantly judging you or thinking you are “different” can be challenging. For example, you might be in a state of constant worry that you are probably not enough and that everyone can see you for who you are. If you have gone through a stressful or traumatic experience or had to deal with homophobic people before, you are highly likely to have anxiety disorders.

PTSD, the short form for post-traumatic stress disorder, is a state of the mind where one lives in constant reminder of a stressful past event. It is a common health issue faced by members of the LGBTQ community. When one has PTSD, they have disturbing thoughts and feelings about an event in their past that they never healed from. One might relive the moments in nightmares, daydreams, or flashbacks. These thoughts may cause one to be sad, angry, fearful, or detached from others. It is a terrible feeling since the events one tends to recall are probably life-threatening. For example, if you went through an event where people misjudged you or maybe called you names for being in the LGBTQ community, you might have PTSD. PTSD causes anxiety. It changes your mood and thinking and can be very difficult to live with.

Due to the prejudices LGBTQ community members have to deal with; they face the mental issues discussed in this context. We need to make the world a better and more comfortable place for them to live in. Allow people to be who they are without worrying about “what will other people say?” make the world a haven for everyone because some of these mental issues have enormous consequences like suicide. If you are in the LGBTQ community and are facing any of these mental issues, find someone to talk to or seek help from a professional. 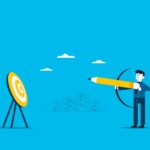 Next post What is Goal Setting Theory? A Look at Edwin Locke’s Theory
0 Shares