What is Goal Setting Theory? A Look at Edwin Locke’s Theory

Edwin A. Locke’s Goal Setting Theory has been utilized to motivate employees by setting realistic and achievable goals and providing feedback on their performance. This exercise can highly motivate employees to work their best. Developed in the decade of the 60s, the theory is also called the 4CF Goal-Setting Method. The theory is also known as Locke and Latham’s five principles, named after its propounders. In common practice, the best practical example of this theory is the fact that any leading multinational expects its employees to set KPIs (Key Performance Indicators) at the start of the financial year. As you set your goals and objectives, you are your best evaluator. Goal-Setting Theory is a comprehensive one and we will elaborate further on it in the following article.

Who is Edwin A. Locke?

He is an American psychologist who spent a great deal researching on the Goal Setting theory and his Theory of Motivation. He is the pioneer of the Goal-Setting Theory. His theory attempts to explain how humans behave in specific work environments. A highly acclaimed mind in his field, he has been extensively published. His Goal-Setting theory is widely accepted in the field of Industrial-organizational Psychology. His theories and models on job satisfaction and work motivation are adopted by several businesses. Presently, he is a Professor Emeritus at the University of Maryland

What is Goal Setting Theory?

In simple words, the theory explains how by setting quantifiable and specific goals, employees are motivated to work their best and achieve their targets. For example, specific goals like ” I want to earn a $1000 incentive by the end of the month” is realistic and achievable than vague goals like ” I want to earn an incentive’. The theory, first published in his 1968 article ‘Toward a Theory of Task Motivation and Incentives’, elaborates that positive feedback along with regularly monitoring the progress of the workers can be a highly motivating factor for them to perform better. In fact, he found that the more specific and difficult the goal, the more are the people determined to work towards achieving it. If the goals are easy or unchallenging, an individual is not motivated enough towards them. That is because one gains a sense of achievement and pride when one attains harder goals.

There are 2 important findings of this theory-

Basic Premise of the Theory

Years after Locke propounded his Theory of Goal setting, Gary P. Latham, a professor of organizational effectiveness further built upon the hypothesis. They both worked together and published a book called ‘A Theory of Goal Setting & Task Performance‘ in 1990. According to them, there exists an inextricable link between workplace performance and goal setting. They put forward five main principles that affect a person’s workplace performance and the ensuing success. They didn’t forget to reiterate the need to set specific, realistic, and hard goals.

The professors elaborated on the five main goal-setting principles that can boost or ensure success at the workplace. These are-

Set specific goals. There is no room for misunderstandings of vagueness. Plus, the goals need to be quantifiable, something that can be numerically measured. Clear and measurable goals are easy to achieve and reward. That is why SMART is a useful tool. It stands for Specific, Measurable, Attainable, Relevant, and Time-Bound. It is imperative to set SMART goals. An example of this principle is ‘ reduce unnecessary expenditure by 15%.’ This is a clear goal rather than ‘ I need to cut down unnecessary expenditure.’

Setting specific goals is important but setting difficult yet realistic goals is equally important too. A balance has to be struck here. That is to say, goals shouldn’t be too easy or too difficult. They should be challenging yet achievable. Setting positive and challenging goals allows one to push their limits. Human beings are equipped enough to tap into their unused brain and energy and achieve challenging tasks. This helps one to start believing in themselves and push the envelope further. In other words, challenging tasks act as motivators For example, healthy and rewarding competition among employees working in the same department.

Workers are likely to be motivated and charged up if they are involved in the goal-setting process. Their sense of commitment towards it increases manifold. They hold themselves accountable for achieving it. Therefore, by aligning your goals with that of the company’s commitment, you are likely to stay more focused. A sense of belonging increases the sense of responsibility. This acts as a great motivator. As long as everyone agrees on the goals, it seems achievable.

Simply setting the goal and committing towards it isn’t enough. Regular feedbacks are equally important. These can come from both quarters. You as an individual can provide feedback and bosses can do the same. This practice helps revise difficult goals and clear people’s expectations of you. It is a good tool to measure your and the team’s progress. Regular feedback improves efficiency.

Setting difficult goals and then not having the means to achieve it can pose a problem. It can reduce the chances of being successful. Therefore, it is relevant to be flexible and adjust complex goals to suit convenience. In addition, set simple and realistic, yet challenging goals. As a further ingredient, break down complex tasks into simple and attainable ones. This appears more achievable, and one can stay motivated. Complex and extremely difficult tasks can become overwhelming, and people might push themselves harder. This can backflip and lead to a dead end instead of success. A perfect example of this is if as a boss, one finds their employees struggling to achieve a particular goal, providing extra mentorship or training can help them.

How Can One Apply Locke and Latham’s Principles to their Goals?

The principles propounded by Locke and Latham are relevant when it comes to achieving success. Their research clearly reveals that by setting SMART goals, we can measure our success and improve upon it. In the longer scheme of things, we grew as a person too.

The best way to use this tool is by setting clear yet difficult goals, realistic yet challenging goals to achieve. By providing regular feedback and getting the same from others you gain enough material to taste success. If by chance the road appears tough. Then by breaking down the complex task into simpler ones can help achieve your goal.

As per the theory, one is sure to be successful if they follow the above-mentioned principles to the tee.

The Theory of Goal Setting, although first proposed in 1968 and further elaborated in 1990, still holds relevance in today’s changing times. Decades of research by both the professors reveals that workplace success directly links to your goal-setting capacity. 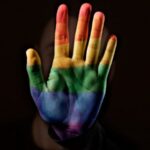 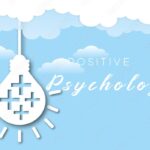